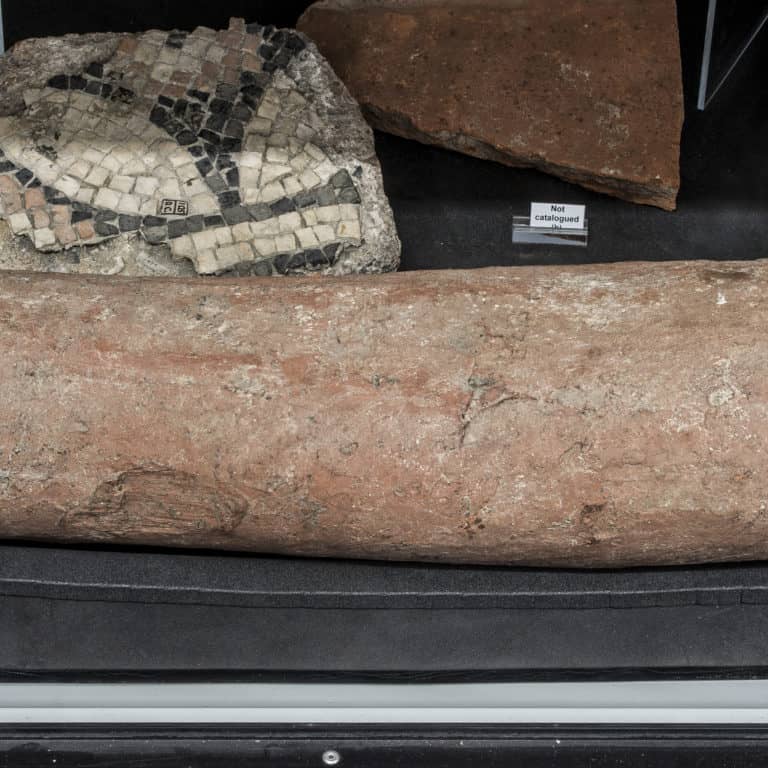 What was this hollow cylindrical object used for? Expand

It’s a large pottery water pipe (over a metre long).   It once helped drain the Roman bathhouse at Folkestone Roman Villa.

It would have slotted into a similar pipe.

Push-fit connections like this are still used by plumbers today, though most pipes are made of plastic. 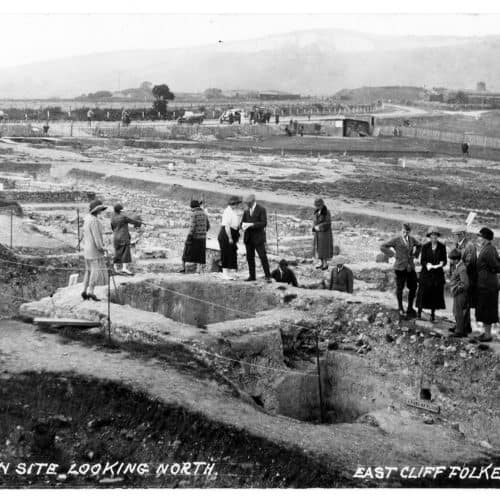 What are these people looking at? Expand

This photo was taken in 1924.   It shows visitors looking at the remains of the bath house, including a circular plunge pool (centre). They’d better be careful or they might fall in! 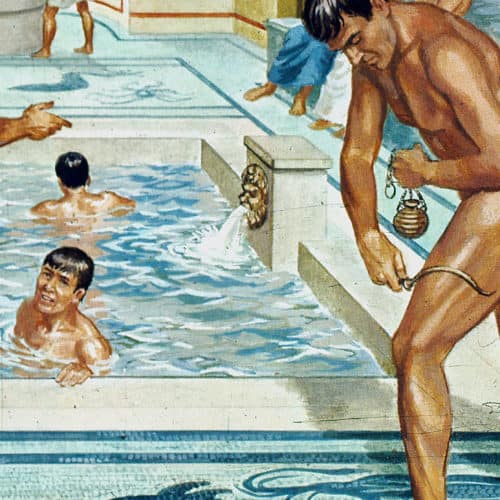 What type of building is this? Expand

This is an artist's impression of what a Roman bath would have looked like.

The Romans enjoyed bathing. Most towns had several public baths, as well as private ones for the wealthiest residents.

People often went to the baths several times a week.

Baths were not just places to get clean, but to chat, do business, meet friends and even play games. 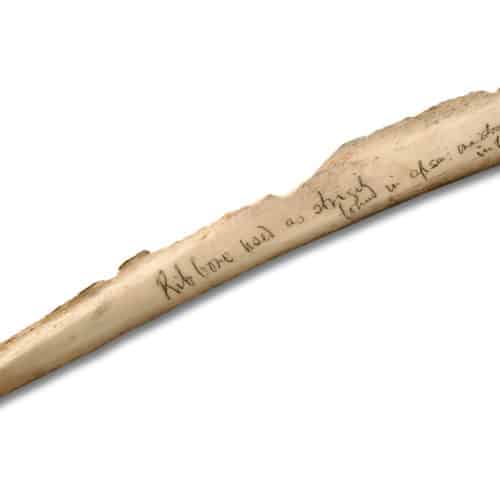 What’s this? Can you read the old-fashioned writing? Expand

It’s a strigil, a sharp-edged tool used to scrape the dirt and dead skin off bathers after they had come out of the caldarium or hot bath. In the artist's impression above you can see one being used by the man standing in the foreground.

This one is made from a sheep’s rib bone, but many were made from bronze.

It is one of two bone strigils that were discovered in the remains of the bath house at Folkestone Roman Villa.

The writing scratched on it by A E Wimbolt, who excavated the site reads:

Rib bone used as strigil found in apse: one also in bath

Did you know?
The Roman bathing experience started in the tepidarium or warm room.

Bathers then moved to the caldarium or hot room – which was the temperature of a modern-day sauna.

On leaving the caldarium, wealthy Romans often received a massage from a slave using scented oils. The slave would scrape off any dead skin with a strigil.

To complete the visit, bathers would jump into the cold pool or frigidarium to re-invigorate the body.