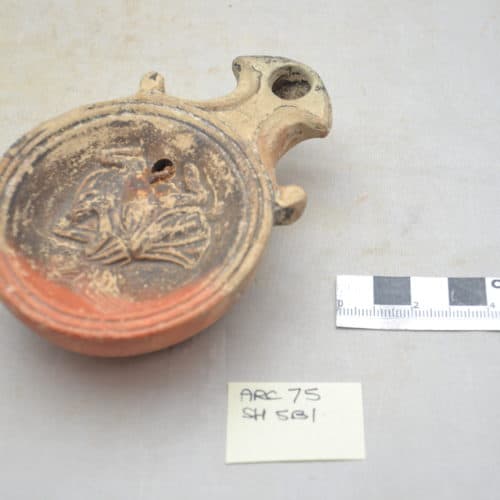 What is this? Expand 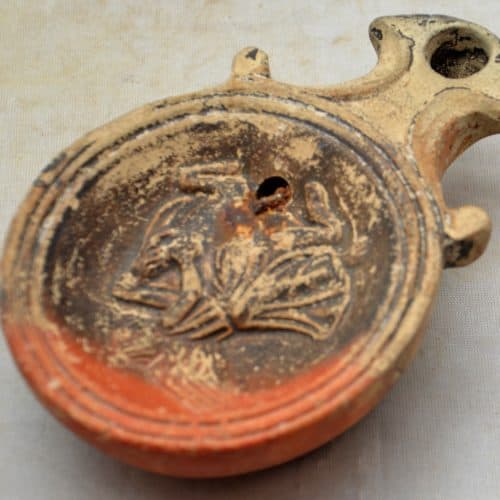 Small terracotta oil lamps like this were made in their millions and exported across the Roman Empire.

People poured a little olive oil (or smelly fish oil if you lived near the sea) through the tiny hole in the middle, and it collected in the reservoir.

You then dipped a wick into the oil, through the larger hole at the front.  The wick absorbed the oil, and you could then then light it, so the oil burned, giving out light.   The wick was made from woven plant fibre, such as flax.

Cupped in the hand, the lamp gave out just enough light to walk around your house in the dark, but only about 100th of the brightness of a modern light bulb.

Larger lanterns were used outdoors, with thin, translucent panes of animal horn, protecting the flame from the wind.

Fascinating fact
Oil lamps were often decorated with pictures of gods and goddesses, or heroes and heroines from Roman and Greek mythology. 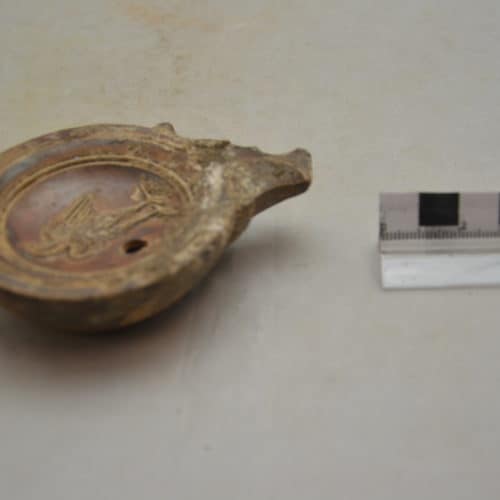 This oil lamp is decorated with a picture of the imperial Roman eagle.