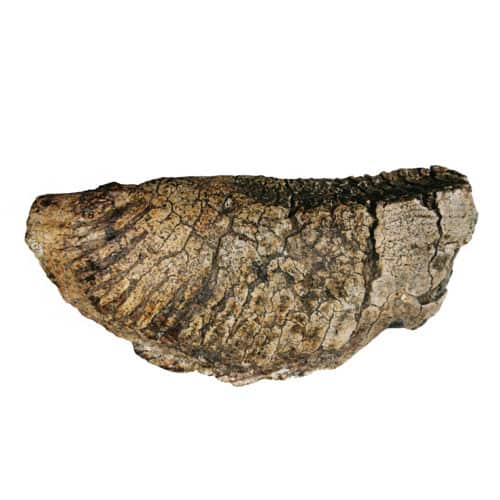 What’s this hard, rough object? Is it animal, vegetable or mineral? Expand

This is a tooth from a woolly mammoth!

Mammoths (Mammuthus primigenius) extinct prehistoric relatives of the elephant, lived in the Folkestone area during the last Ice Age until about 10,000 years ago.

They had thick fur and were perfectly adapted to the Arctic conditions.

They were hunted by prehistoric people.  A successful hunt meant enough food for many weeks.

This tooth was found in an Old Brick Pit at Radnor Park.

Woolly mammoths only had 4 teeth, giant molars, which they used to grind up the grasses and mosses that were their staple diet.

Teeth are the hardest part of any animal’s body and fossilise well.

Did you know?
Many perfectly preserved prehistoric mammoths have been discovered in Northern Russia and Siberia, frozen in the permafrost.

Image courtesy of Wikimedia Commons (free for non-commercial use)