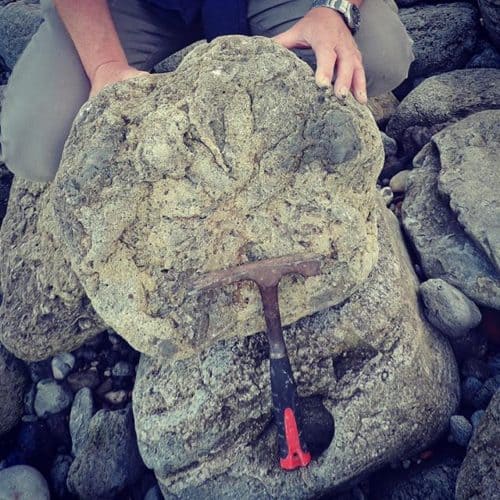 What shape can you see, above the hammer? What do you think made this shape? Expand

This is the three-toed footprint of a dinosaur.

To see it more clearly, have a look at the image below. 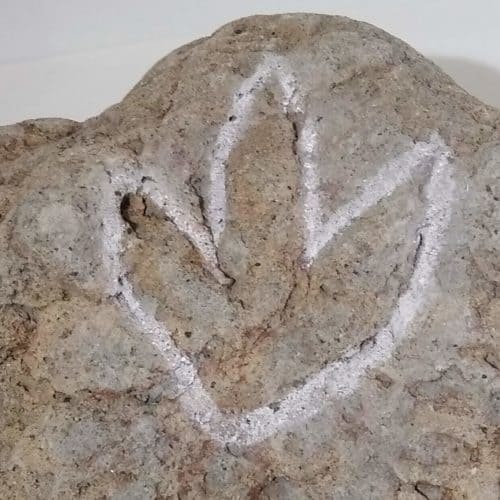 What is this? Expand

This is the three-toed footprint of a dinosaur, discovered on the beach at East Wear Bay, Folkestone in 2017 by local collector and fossil hunter Steve Friedrich.

It’s believed to be a footprint of a theropod.  Theropods were a group of dinosaurs, including Tyrannosaurus Rex - though this one was quite a bit smaller.

The footprint is about 120 million years old.

Dinosaurs often pressed their feet into soft mud when they were walking or running along.

An incoming tide filled the footprint with sand and it later became fossilised. 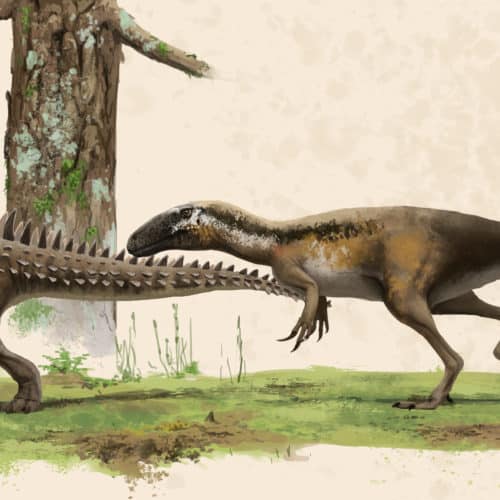 Theropod dinosaurs may have eaten shellfish, scavenging the shoreline at low tide.

The dinosaur on the right is a small theropod dinosaur, similar to the one which left its footprint on Folkestone beach.

Here it is hunting for its lunch!

Dinosaur footprints can tell scientists a lot about how dinosaurs walked and ran.