Maritime 11: Creatures of the deep 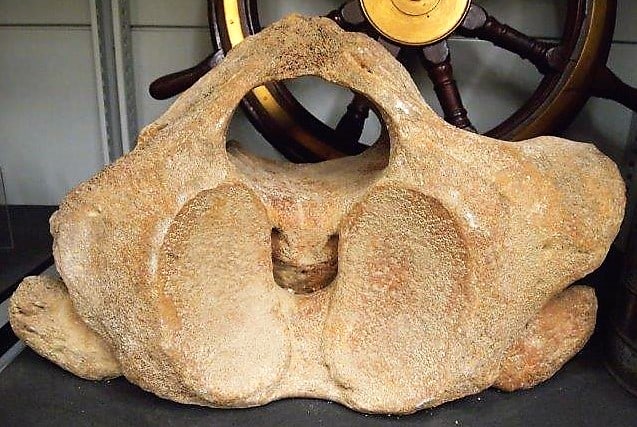 What is this? It is over 1.5 metres wide and part of something much, much bigger! Expand

It’s a huge vertebra, part of the backbone of a North Atlantic Right Whale.

From the 17th to the 20th century, whales were hunted at sea both for their valuable fat (or blubber) and whale bone.

Special sailing ships called whalers voyaged as far as the Arctic and Antarctic to hunt for whales.

The North Atlantic right whale got its name because it was the only kind that floated on the surface after it was killed, and so in the eyes of the whalers, was the right one to hunt, because it could be easily recovered.

In Victorian times whale fat or blubber was rendered (melted down) to make whale oil for street lamps and to light homes, and the whalebone used in a wide variety of ways, including to provide the stiffening for ladies’ corsets. 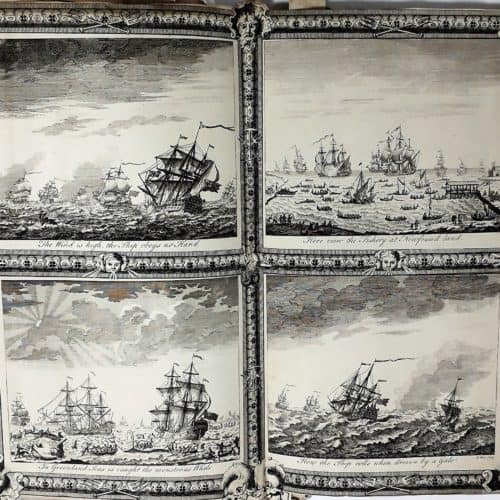 What’s happening? What was life was like for the crew of a whaling ship? Expand

These engravings show what a whaling voyage to Newfoundland (on the eastern coast of Canada) and the Greenland Seas (in the Arctic) was like in the 1700s.

It was a long, hard and extremely dangerous voyage. The crew could be away for several months and encounter terrible storms and freezing cold weather.

When a whale was spotted, small fast rowing boats were quickly launched from the larger whaling ships. They raced to get alongside the whales and harpoon them before they dived below the surface.

Whales sometimes crushed whale boats as they breached (leapt out of the water) in their struggle to escape, killing or injuring the crew, or capsizing them into the freezing cold water.

This engraving is part of the Master Collection at Folkestone Museum. 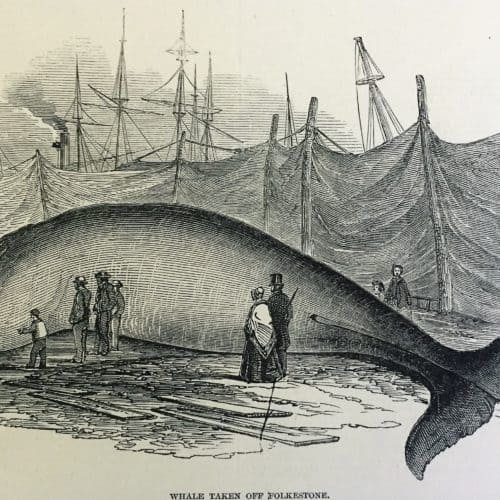 This whale was picked up by local fishermen 5 miles off Folkestone in late Victorian times and exhibited in the town. 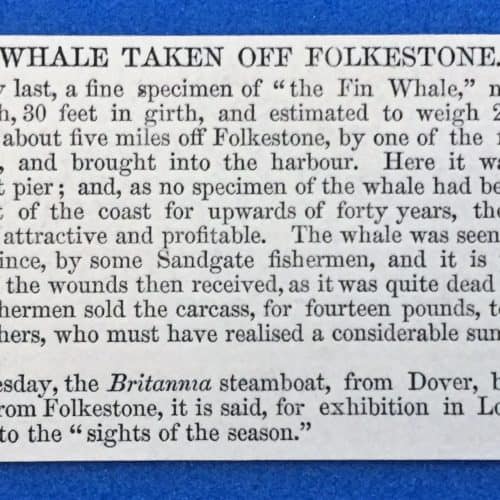