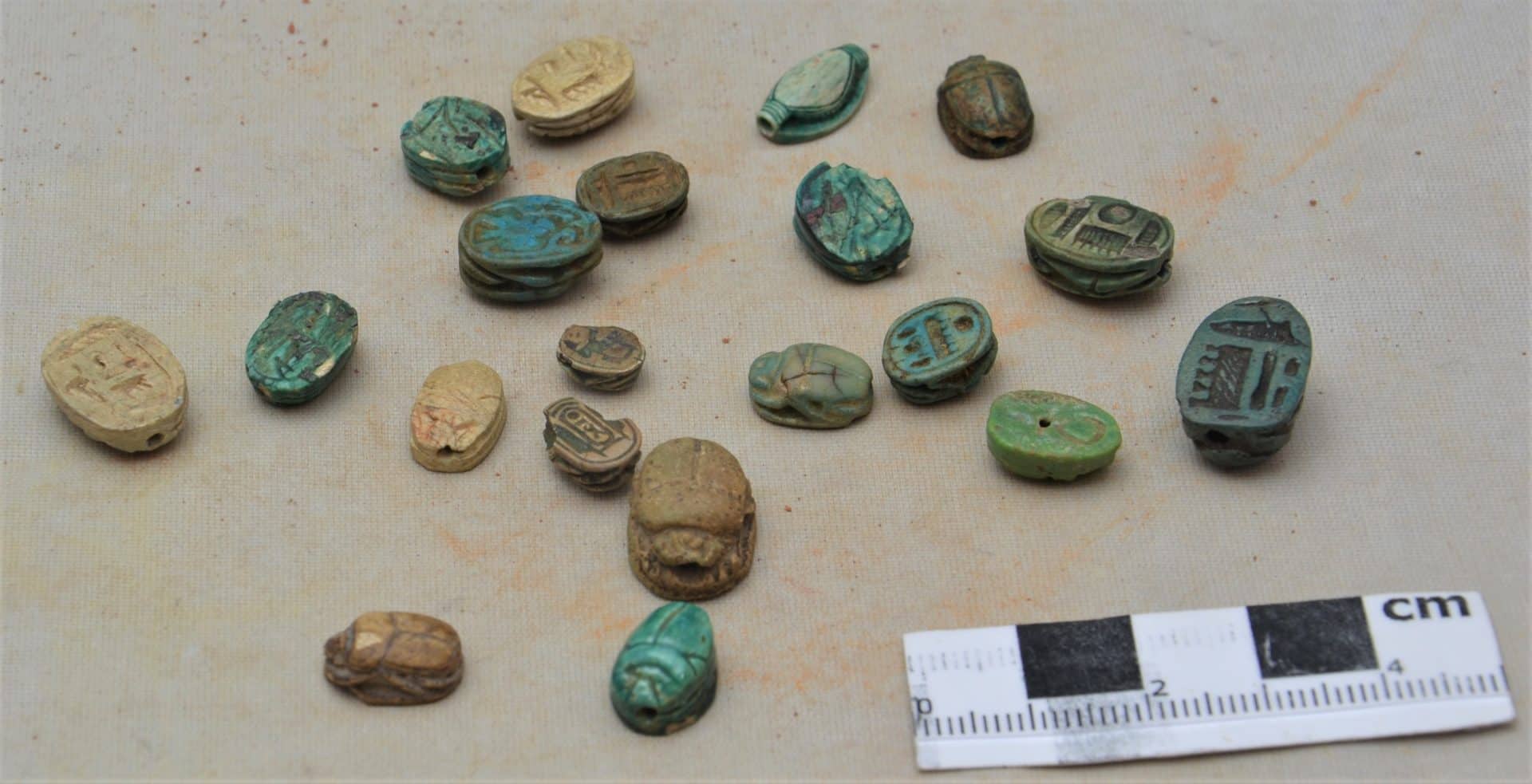 What insect can you see represented? What symbols can you see? Expand

These are scarab beetle amulets from Ancient Egypt.

You can see Ancient Egyptian picture writing (hieroglyphics) on the bottom of the amulets. The inscription usually includes the name of the owner.

Amulets were magic charms worn by the Ancient Egyptians to ward off evil spirits or for good luck. They were worn in life, but also wrapped into the bandages of mummies to protect them on their journey to heaven. Most represented gods or sacred animals. Several hundred have been found on a single mummy.

The blue and green ones are made of pottery, covered in a glassy glaze called faience. The brown ones are carved from stone

Scarab beetles are dung beetles that collect and eat animal poo. They are still common in Egypt today.

They roll the poo into giant balls much bigger than themselves, then push it to their nests and go inside, before blocking the door with their takeaway meal.

Female beetles even lay their eggs in it. The Ancient Egyptians saw baby beetles ‘magically’ emerging from balls of dung and thought them sacred.

The Ancient Egyptians believed the sun was pushed across the sky by a giant invisible scarab beetle.