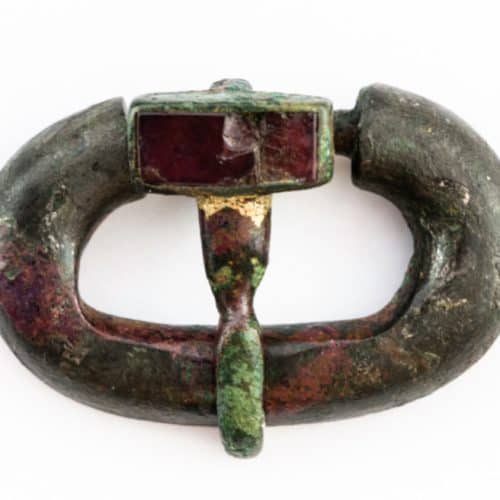 What is this? What different materials can you see? Expand

This is an Anglo-Saxon buckle.

It’s quite small (4cm x 2.5cm) and would have been attached to the end of a leather belt to fasten a cloak or other item of clothing.

Made of bronze, it was originally gilded (covered in a thin layer of gold) Can you spot any traces of gold in the photo?

It’s decorated with a deep red semi-precious stone called a garnet. These were imported from Sri Lanka (a large island off the south coast of India) thousands of miles away, showing the extent of trade routes in Anglo-Saxon times.

It was found in one of the graves at Dover Hill Anglo-Saxon cemetery, Folkestone when it was excavated by archaeologists in 1907. 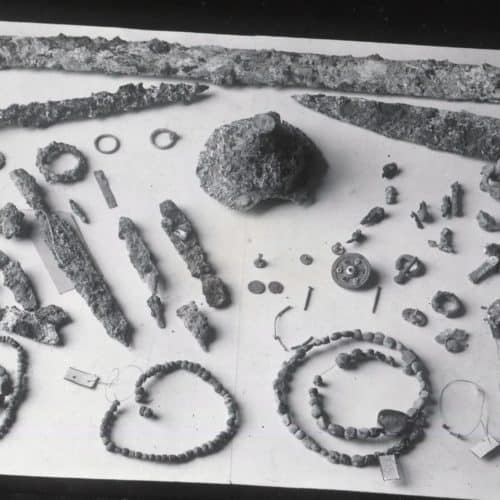 Here it is photographed in 1908. Can you see which item it is? Be careful - there's more than one! Expand

What else can you see?

Fascinating Fact
The buckle was a precious import from the Kingdom of the Franks, which covered parts of modern-day France and Germany. People living in the Folkestone area had important trading links with that region.