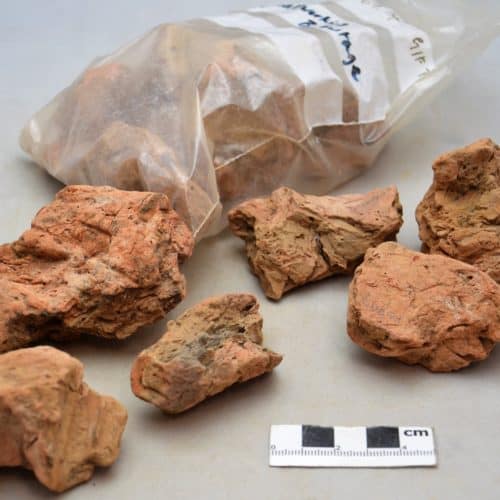 What’s this made from? What was it used for? Expand

This wonderful material is called daub. Archaeologists often find it when excavating the remains of Anglo-Saxon villages.

Daub was made from a sloppy mixture of mud, straw and animal dung, which was spread (or daubed) onto the interwoven branches (called wattle) that formed the walls of Anglo-Saxon houses, before being left to dry.

A thick layer of ‘wattle and daub’ helped waterproof houses, and keep them warm in winter and cool in summer.

It is a green and sustainable building material.

It was used from Neolithic to Tudor times in the UK.   It is still used by many indigenous peoples today, including the Masai in Africa.