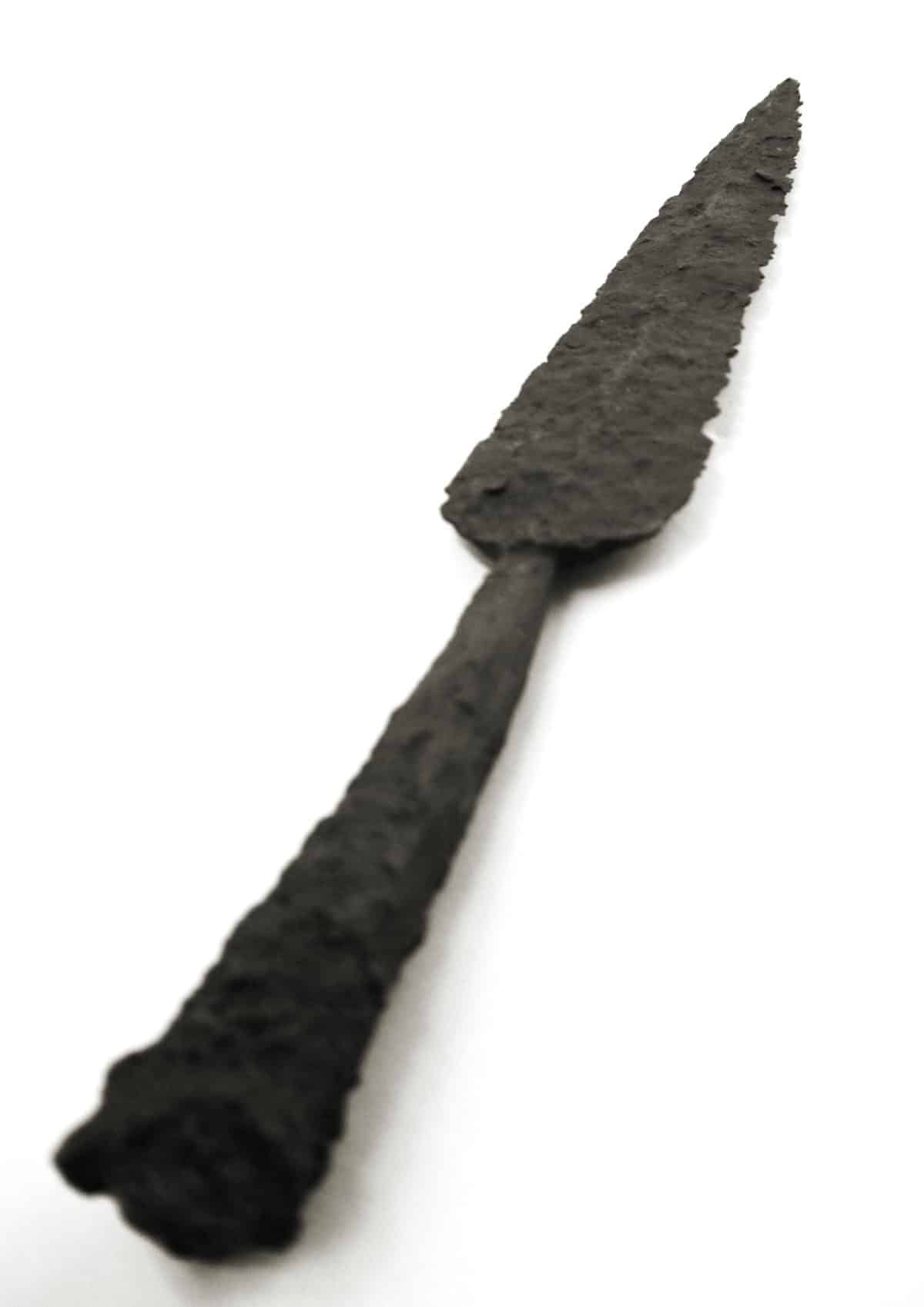 What’s this ancient artefact? Who used it? Expand

This iron spearhead belonged to an Anglo-Saxon warrior who lived in the Folkestone area in around AD 650.

When he died his spear was buried with him.  The long wooden shaft has rotted away, leaving just the rusty spearhead.

His grave was one of 40 excavated during road-widening on Dover Hill in 1907-8.

Fascinating fact
The Anglo-Saxons used lots of different weapons including swords, spears, bows and arrows and the battle axe. Shields could also be used for attack, as well as defence, by thrusting them sharply at the enemy!