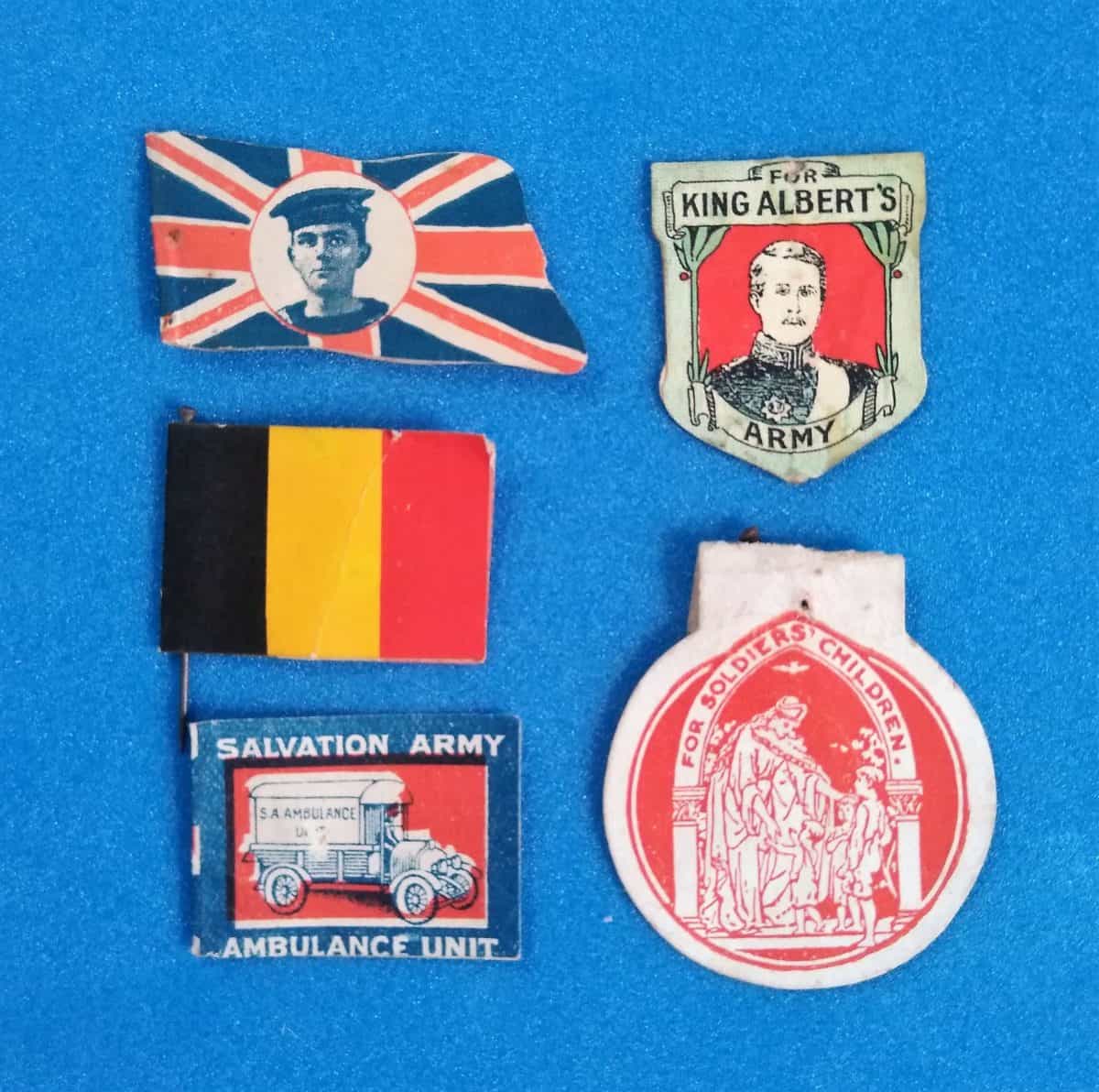 Status: Not yet accessioned

These tiny cardboard flags (about 2 to 3cm long) were presented to people who donated money to charities at special Flag Days during World War 1.The charity flags shown here are: The Belgian Refugees Relief Fund, King Albert’s Army (to raise money for Belgian soldiers),The Salvation Army Ambulance Unit (which operated ambulances on the Western Front), Dr Barnardo’s Homes (for orphaned children) and an unknown charity for soldiers’ children. Flag days were an exciting new way of raising money and the idea spread like wildfire. Very soon there were flag days being organised in towns and cities across the UK, including Folkestone. Volunteers stood in the street with collecting tins, asking passers-by for a donation. In return they got a flag to pin to their lapel. Many people kept the flags as souvenirs and some pinned or glued them into scrap books.