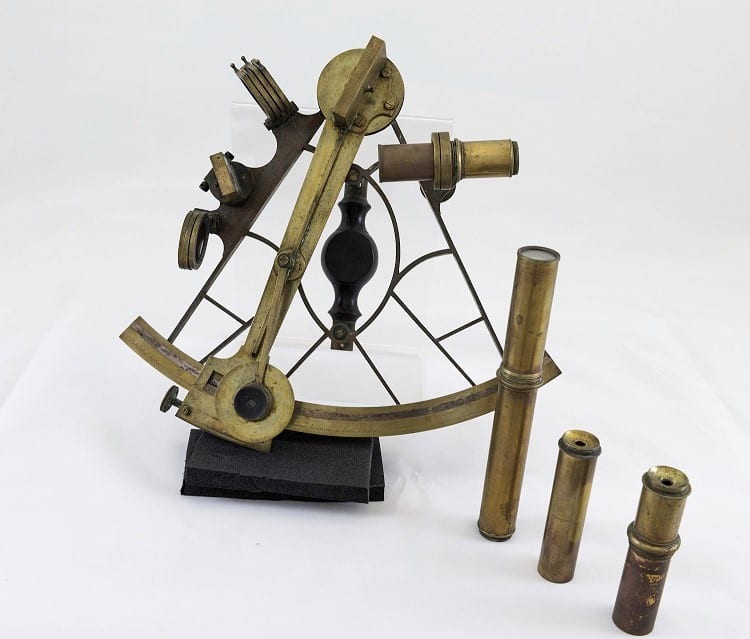 Marine sextant presented by Greenwich Hospital to Stephen Court 1841 . Maker: Spencer Browing & Rust London. Stephen Court (1826-61) was a polar explorer who served with Parry in the search for the North West Passage, fought in the Crimean War and became the Shanghai Harbourmaster (1859-61). He died in Folkestone in 1861.