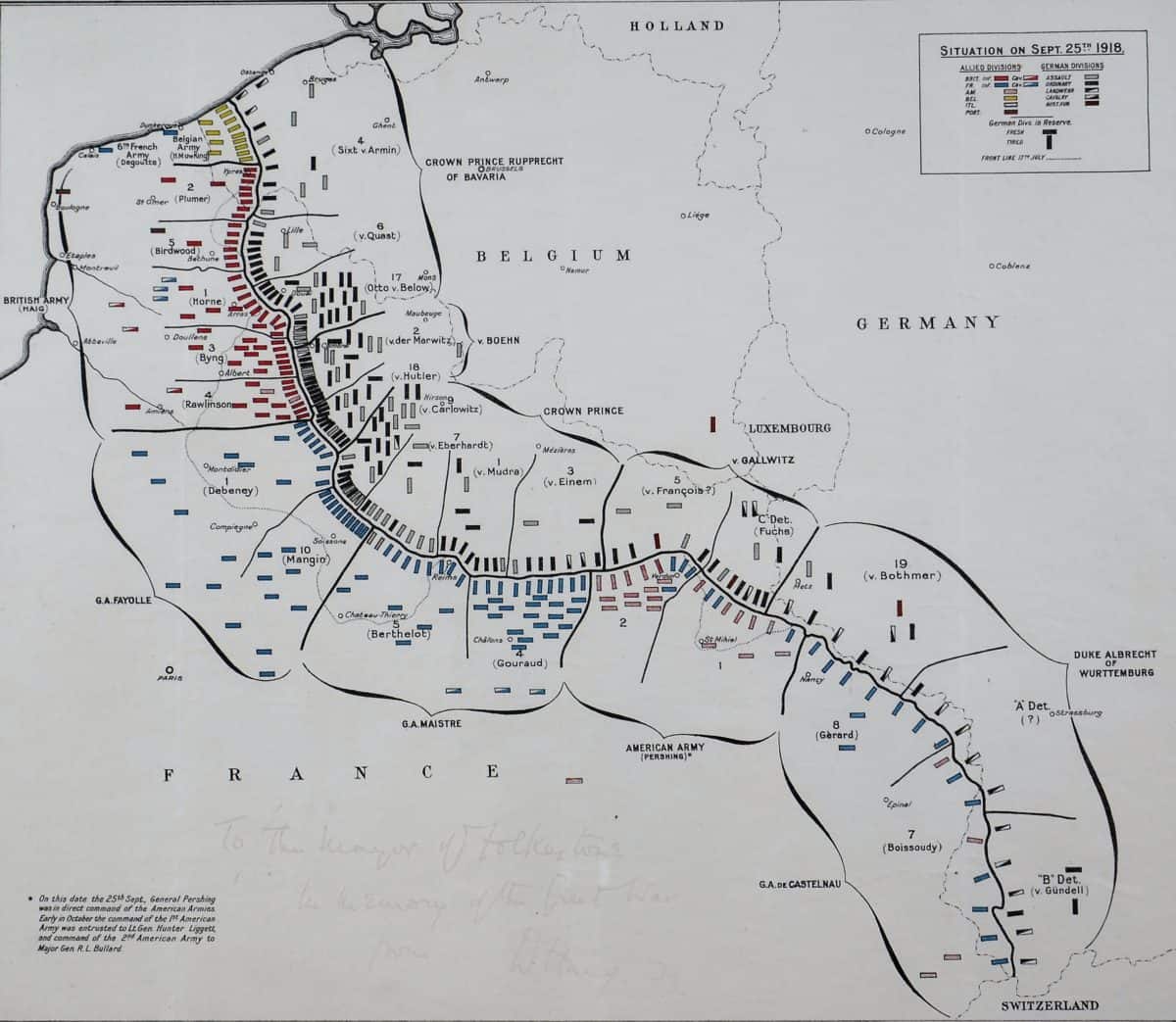 Map of the Western Front

Map of the Western Front signed by Field Marshall Haig, showing the situation on 25 September 1918. The Western Front was a line of trenches from the North Sea to the Alps passing through Northern France and Belgium where British troops did most of their fighting. For most of World War 1 it was a horrendous killing ground, with soldiers attacking each other using rifles, machine guns and high explosive shells. The trenches often filled with thick mud. Millions of soldiers died or were wounded on both sides, including hundreds of young men from the Folkestone area. However, by September 1918, things had changed, and with superior allied numbers, tanks and increased firepower, the Germans were in retreat. Look closely at the map. Can you find the British army units (coloured red) fighting in Belgium (Flanders) and Northern France)? This map is signed by Field Marshall Douglas Haig. The inscription written on the map in faded brown ink reads: To the Mayor of Folkestone. In Memory of The Great War. From D Haig FM.