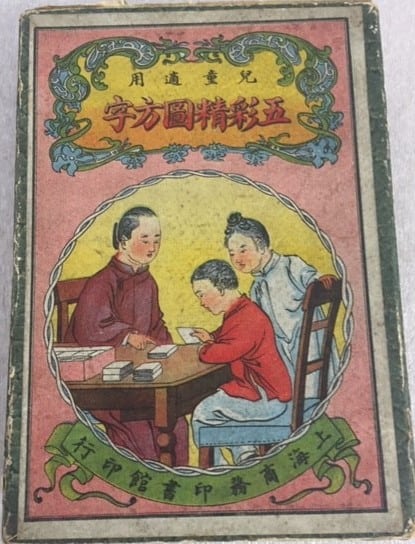 Status: Not yet accessioned

A game to help you learn Mandarin Chinese. The box contains hundreds of squares of printed paper, each with a picture of an object on one side, and the name of it, written in Chinese characters on the other. The game was bought in the village of Tong Shan, China by a British visitor, C D Grimwade, during the First World War in 1915. World War 1 involved people from over 100 countries round the world, and many came to Britain from across the world to fight or to work. Learning other languages was important to help people communicate.